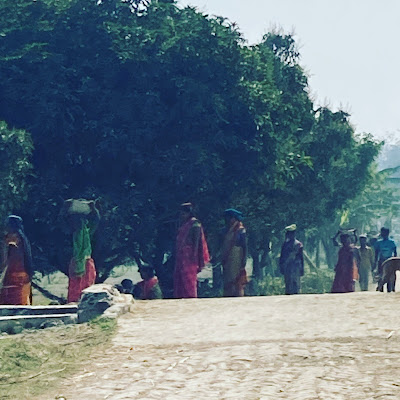 It was the day after international women’s day (IWD). These women were shifting soil from  a kilometer away to clean their small village. Because the nearby land owner would not allow them to touch their land! To fill up the water puddles and make the village more hygienic. They have been doing it for a few days, on IWD too.

Why were they doing it? They had lost all livelihood opportunities over the last two years. Men had come back from the various cities they were in, because of lock down. Men had returned back to their cities but not much money was coming in. They had to survive.

A well-meaning civil society organization came up with this plan. Clean up your village for 8 hours a day,  Rs 300/- will be paid for those 8 hours. Cash for work, a well-known program.

Listening to their stories were disturbing. 4-5 generations back they had migrated from a nearby district to this location. 5 or 6 families in the periphery of a jungle and beside a river, setting up their huts in an undeveloped area. Over time, these became their village, and they lived out of jungle products and fish, barely surviving. A few decades down the line, other communities started moving in. These were upper castes and not lower castes like them. They had money and power. They offered minimal money for the parts of land occupied by this community, and they had no other option but to give it off. Both out of economic necessity and power equations.

Over next few decades, their community grew from six families and today they are 70 – 80 families. But most of the land was taken away by the higher caste property owners, leaving them with no land to cultivate, only to live together as 70 – 80 families in crammed small area.

Livelihood became a challenge, most men migrated in search of work, returning twice a year during harvesting and planting seasons, to work in the property owners’ fields, which actually their ancestors owned. As generations passed on these stories became a past memory. Except one or two very seniors, rest do not have any knowledge of these. They think that their fate is this. No land, to live crammed in this small plot of land. They are lower than the property owners. They and their future generations will always be the servants of the landowners.

Government systems had multiple programs to support them. But the decision was in the hands of one of the high castes who would decide who and how much will they get! One story from recent times -  There was a cash for work program to clean up the canal. This was to be done by these families as a part of the government cash for work program. The property owner, who also had a JCB, got the signature  and bank accounts details of all the families. Got the work done with his JCB and took 75% of the money for himself and gave them 25%. They had no other option than to agree. Their survival in the small plot of land as a community was linked to this. If they had said no, they would be thrown out of their land too, because the property owner was the head of the panchayat, and he controlled all decisions.

Not only the land, but the roads to the town, is inaccessible. They have to take the path through the jungle to reach the town. Because the property owners do not want them to use even the public roads. When weddings happen in their community, guests have to come through the fields walking since vehicles are not allowed to come in.

In addition, there are the seasonal floods that flood out their village twice a year. They move in boats to the other side of the river or move to the bund which is higher and live there for 2-3 weeks till water comes down.

The children and the youth of this community, want to some how get into some work as soon as possible. To earn money, knowing that money will help them to have at least food on their table each day. So, they drop out of school as early as possible to join the workforce and move to cities away along with their fathers.

They had only one request - get us a road access! Rest is our fate, we will suffer.

Structures that perpetuate inequality, of which I am part of, knowing or unknowingly contributing to the structural inequality.

Popular posts from this blog

Bird that flew away but still singing... 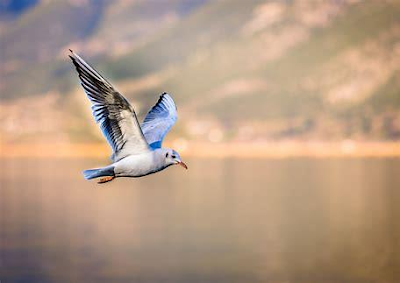 I had heard about Father Stan but did not know much about him. Yesterday, attending his funeral was a challenging and encouraging time. Challenging because, listening to his life over last two years, I was wondering how an 84-year-old frail man with Parkinsonism can be considered as “dangerous” and imprisoned.   One knows that such a person with multiple comorbidities have no reasonable chance of survival in Indian prisons! Encouraging because, here was a man who intellectually analyzed situation (Social analysis) and lived out a life that makes a difference in the lives of the people who had come to adopt as his brothers and sisters, or in one sense his family! Last year or so, the information about his life and what he shared prior to his imprisonment, was very encouraging. A man who had the clarity of thought, convictions that moved him, courage to live out that convictions, and compassion that drove him to the very end, despite being labelled as a criminal! Why were the power
Read more

The multiple worlds of an urban (Family) physician. 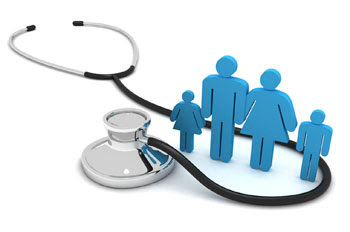 After spending last 5 years in rural Bihar, coming to Delhi and practicing was a new experience. In one sense a culture shock. In the last three months of practicing General Medicine (more of Family Medicine) I encounter different subsets of patients. One subset – the upper class.  The educated, google doctor patients, health aware, who get a full battery of tests which includes Hb to Serum Selenium even, every 3 to 6 months, and is on all kinds of replacements for every small dip in the values! For them every simple symptom is an indication for invasive Radiological evaluation and till that is done, they worry. Some of them during covid have had multiple online consultations and has not seen a doctor face to face for 2 years. But they found options of getting their tests done at home and finding windows when they could get their radiology done with special appointments and minimal covid exposure. Most of them have lifestyle related diseases – with DM and CAD and HT as the predominan
Read more 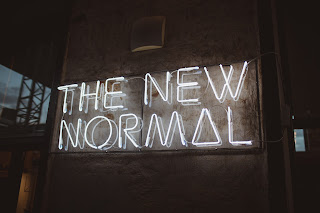 As I start to write this article, the news of the Omicron variant of COVID-19 virus is the main news in media. By the time this article reaches you, the context of COVID-19, might have changed, for better or worse, I do not know. But one thing is sure, we are living in uncertain times. Most nations and experts were sure that we are turning around the bend, only to be disproved again, like the multiple times over the last few months. As of today, ongoing uncertainty seems to be the new normal. Uncertainty that comes out of a new normal of living with the virus. Epidemics can end two ways - transmission is well controlled and new cases come down to zero, and the epidemic is history. The other is, the disease becomes an ongoing part of the infectious-disease landscape, or an endemic. The shift from pandemic to endemic entails a number of practical considerations for managing the epidemic and the way we live. But the shift is also psychological, as we will be deprived of the satisfaction
Read more